My whole life I was raised a pretty solid Republican.  I remember a quote that my father always used to say to me that the only thing the Government should do is…

“deliver the mail, protect the coasts, and leave me alone.”

I do think I have lived faithfully by this Government help for most of my adult life.  At work I love it when students will come to me and say they actually have a real job with a paycheck.  This is such a rare occurrence because most of my students seem to find the life of robbery, theft, and extortion to be much more lucrative.   I had a big fella tell me this morning that he had a job interview at Popeyes Chicken after school.  I handed him a couple of my business cards and told him to ask for a manager and hand over my card.  I will be more than happy to highly recommend the young man for employment.  I looked at the kid and said, “I love it when people pay taxes…”

I often look at the teachers when their motivation starts to fade and walk by and say, “We are creating tax paying citizens….  Anything more is a bonus.”

This morning on my morning commute one of the radio stations got ahold of a news article that came out yesterday that made me chuckle.

The Government of New Zealand has decided to push themselves far into the lives of parents.  They have decided to require that you seek and gain approval for your child’s name!

Once I started to hear the story and then think about this I agree!  Bring on the government!

A 9 year old girl was forced by a judge to change his name.  What is wrong with her name…..

Talula Does the Hula From Hawaii

Other names they have banned or censored:

Who in their right mind would name their kid Number 16 Bus Shelter.  Was this where the poor child was conceived?  Can you imagine that being your name on the first day of school when the teacher tries to call roll?

For a full list and the number of times the government has stopped names take a peek at this article.  Absolutely crazy

With the nut-jobs in New Zealand I am glad they have a little Government Intervention. 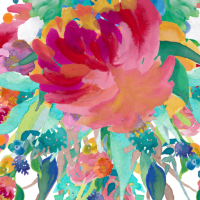