I Can Hear My Role Model

After being kicked out of my second college, back in 1989, I turned to baseball as my priest.  Baseball became my safe-haven.  Baseball was cathartic.

I was never the most graceful athlete growing up.  I was never as fast or big as the other kids my age.  I had great hand-eye coordination but I was slow.  Baseball was the sport I played.  I didn’t play well but I played.  I grew up in a time were you actually TRIED OUT for a sport.  There were kids that did not make a team and went home.  They cried and moved on with life.  No trophies for picking daisies.

When I tried out, I still remember the quote from the coach that chose me, “If you could take the ‘heart’ out of you and put it in a more athletic body you would be a superstar.”  How should a 7 year old take that?

As I grew older, I began to understand what “heart” meant.  I realized that I tried harder than everyone else.   Due to the fact I could never compare to them in ability; I knew I could “out-work” them.  And I did.  I practiced longer, I dreamed about the sport, I asked questions, I watched others, I tried.

I have tried to instill this lesson into everything I do in life.  My two daughters that are athletically gifted have this trait. …

I was kicked out of my 2nd college due to various stupidities.  (I’ll make a post on this in the future).  I then sat out a year of prime-college learning to become a bartender.  Great career choice.  Eventually I went back to college and needed something to keep me out of trouble.  I needed to go back to what made me successful.  I was lost… I was spinning like a top.  I was drunk at least 6 days out of the week.  I needed to regain control.

I returned to my first love… baseball.  I became the biggest Houston Astros fan you can find.

Do you know what guy was drafted out of Seton Hall and  had a few games in 1988 but was named the starting catcher for the 1989 season???    Craig Biggio!

I came home for opening day in the old Astrodome and asked my father to catch a game with me.  We watched this young man play and my father turned to me and asked, “ Remember your coach saying that if your heart was in a top level athlete?  Well that young man is what your coach was describing.” <of course I’m comparing myself to Biggio; this is my blog>

You see… baseball saved me.

Baseball gave me a way to settle down and control my crazy problems.  Baseball calmed me.  I would sit and listen to the games while I studied my coursework.  I got my grades and life back on track because I had an outlet.  I didn’t need to go shoot pool, drink whiskey, chase women, and create chaos anymore.  I had my studies, my books, Craig Biggio, and my soon to be ex-wife…

I have watched baseball ever since. 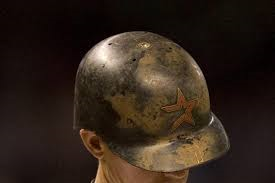 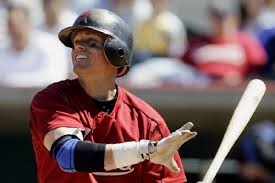 Craig Biggio was elected to the hall of fame yesterday

There is not a better athlete or role model for kids today.  This man played the game the right way.  This man treated every game like it was his last.  This man was loyal to a fault.

He could have left Houston and made more money elsewhere.  He chose to stay and be loyal to the organization that gave him an opportunity for less money.

In today’s media coverage he would be a superstar.  Another JJ Watt.  But he did it quietly.

We hear you now Craig Biggio

5 thoughts on “I Can Hear My Role Model” 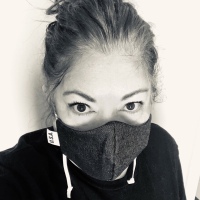